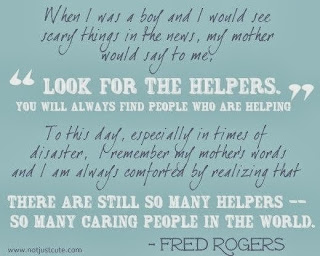 I want to share a story of a friend of mine: Angie. In the summer of 2006, Angie was diagnosed with Large Difuse B-Cell Non-Hodgkins Lymphoma. She underwent treatment, and in January 2007 was cancer free. At the time she had a 3 year old son and was told she may not be able to have any more children.

She has remained cancer free, and since then has had three more children. Including a set of twins that are Wyatt's age.

In an effort to give back and do what she can to help, Angie has been raising money for the Leukemia & Lymphoma Society's Light the Night Walk taking place near her home this weekend. Earlier this week, a man took off on foot with a fundraising jar Angie had at a local gas station. It is estimated that there was near $300 in the jar. The entire thing was caught on camera, and you can view it along with the news segment HERE.

Authorities are doing their best to catch the thief, and Angie is at square one trying to raise funds in time for the walk to make up for stolen money. As Mr. Rogers famously stated, "Look to the helpers. You will always find people who are helping." If you are able to donate, even the smallest amount, you can view the fundraising page HERE, along with more of Angie's story. If you are unable to give at this time, even helping spread the word would be amazing. This man needs to be found and pay for his crime.


Thank You!
Posted by Tiffany @ The Fit Train