To the Birthday Boy

Nineteen years ago today, my parent's brought home the little brother that I had been asking and praying for. For eight years it had been just Steven (big brother) and me. I so desperately wanted a little sibling to boss around, teach him the importance of Teenage Mutant Ninja Turtles and most importantly, 'force' him to idolize me the way I had idolized Steven in my short little life.

Never did I imagine that Dylan would, in fact, be the one to teach me about life.


Around the age of 5, Dylan became very ill. For weeks, the local doctors tried everything they could to help and diagnose him, but nothing added up. Eventually, it was decided that he needed to be rushed to Primary Children's Hospital in Salt Lake City, UT. He continued to decline, when finally an intern was able to diagnose him with a rare childhood disease: Kawasaki's.

Kawasaki's Disease is very treatable, if found in the first 10 days. At this point, Dylan had gone un-diagnosed, and untreated for nearly 3 weeks. He had a long road ahead of him. Months were spent in Salt Lake, being fed through a PIC line. He lost his gallbladder and had a long list of other complications.

I remember the day he finally got to come back home. He looked frail and nothing like himself, but he was smiling. Even while going through so much pain and suffering at such a young age, he continued to bring light to those around him.

He fought. He survived. And as the years have passed since, he has continued to teach his big sister some of the greatest lessons in life.

1.   Dylan's time in Primary Children's taught me that life is short. You never know what tomorrow is going
to bring. Remember to always tell your loved ones you love them. Don't take a single breath for granted.

2.   He taught me that miracles do happen.

3.   He is the perfect example of my "life motto": Things turn out best for the people that make the best of the       way things turn out. Life has a way of throwing challenges Dylan's way, yet he always overcomes them
with a smile on his face.

4.   In middle school, Dylan had a classmate with physical disabilities. One day in PE, it was a requirement
run a full mile. Everyone had finished their mile and were sitting on the bleachers waiting for Jeffrey to
finish when Dylan quietly got up and finished that mile by Jeffrey's side. Cheering him on, and at
some points being a shoulder to lean on. The teacher told my parents there was not a dry eye in the gym
that day.

In this moment, my little brother taught me compassion and the importance of doing what you feel is right,      even if it may not be the "popular" thing in the moment.

5.   Never in 19 years have I heard Dylan speak one ill word of anyone. He is open-minded and accepting
of everyone.

6.  Don't be afraid to be yourself. Work hard and achieve your goals. 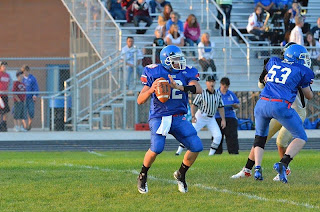 Quite simply, my little brother is my hero.

He recently moved here to Laramie to attend the University of Wyoming. Currently, he is volunteering his time helping the UW football coaching staff and hopes to someday be a coach himself. Nothing brightens Wyatt's day more than when Uncle Dylan stops by to play. I could not be more blessed to have such strong role model for my son to look up to and aspire to be. 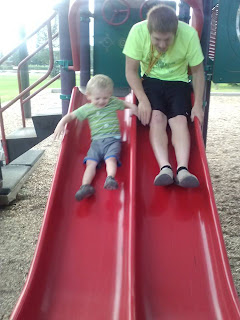 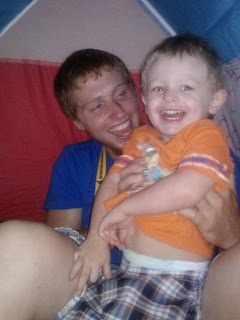 Happy Birthday, Dylan! We love you! 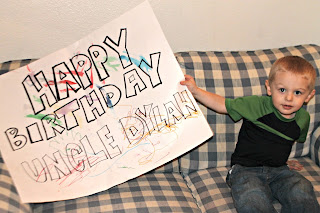