The Long and Winding Road

When I started this journey, I had only one goal in mind. My final "goal weight." I had a general idea of when I wanted to reach this ultimate number on the scale, but I hadn't gone any deeper than that. As it turns out, it's much harder to lose weight when you're a mom.

I've mentioned this briefly in a previous post, but I lost a decent amount of weight pre-baby. I didn't document weight or measurements well, so I don't recall the exact amount I lost. More than likely, it was between 50-70 pounds. 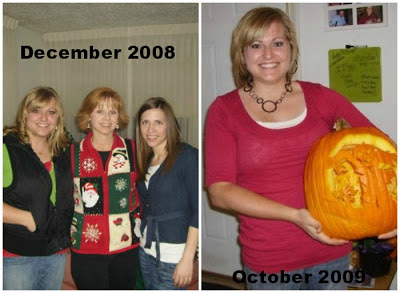 The left is me at my heaviest (pre-baby and well covered up, as I always was). I would say I'm pushing 200 there. The right is near the lowest I ever remember being in my life, in the mid 140s.

I slowly regained 20 pounds throughout 2010 before getting pregnant with Wyatt.

Note to self: it's a lifestyle  change. You don't stop living a healthy lifestyle just because you can fit in a size 4 or 6.

Sadly, I don't have one single photo of my pregnancy. A decision that devastates me and will probably haunt me for the rest of my life. I was disgusted with myself. Disgusted that after a year of hard work and dedication, I got myself back to that point. Instead of taking control of things during my pregnancy, I ate whatever I wanted, whenever I wanted. Bed rest did not help that situation either.  I gained roughly 50 pounds in those 9 months.

Life has its twists and turns - and mine took a drastic change (beyond being a newly expectant mother) shortly before "d-day". I was put on bed rest at 8 months pregnant, had a very difficult birth ending up in emergency c-section, found myself newly single, a new mom, and had to return to work with my 1 week old newborn. I don't remember much about that time. It truly is a blur. We made it through, but needless to say, I didn't "have time" to work out or eat healthy (or so I convinced myself).

I gave myself until Wyatt's first birthday. Once he turned one, it would be sooo much easier (or so I told myself.) The past year was the year of illnesses, no joke. Wyatt has had well over 10 ear infections in the past 16 months, among other illnesses and followed by a broken bone or two.. 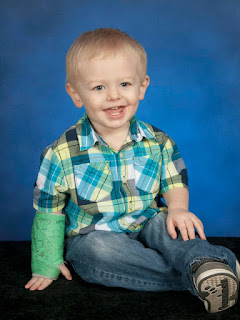 I used these things as excuses. (Ok, well the two months I spent trying to get over pneumonia wasn't an excuse, that was legit) Excuses to be lazy and miserable. Which, by the way, why do we look for excuses to stay miserable?? Ridiculous.

Finally, this past Spring, I'd had enough excuses and I took control. I assumed it was warmer weather, we're healthy, it will be a breeze this time of year. (Once again, thinking temporary and not lifestyle). It's only two months in and I've had a few health setbacks already. This has caused me to miss a total of 3 weeks of workouts. The old me would have given up and told myself "maybe next year." But not this time. This time I'm determined to meet my goals.

However, I'm realizing this week that I need more than one "ultimate" goal. So, as silly as this sounds, my goal this week is to come up with some short term goals. 2013 will be my year! ;) 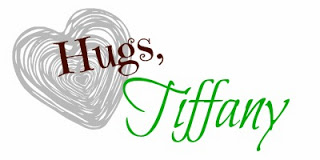 Email ThisBlogThis!Share to TwitterShare to FacebookShare to Pinterest
Labels: before and after, goals, Jillian Michaels Body Revolution, weightloss