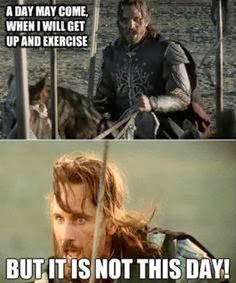 No truer words have been spoken. I learned yesterday that even if I did have the a-okay from my doctor, a workout would not be able to happen right now. In a strange turn of events yesterday morning, Wyatt decided he didn't want to go to daycare. As I was unlocking the car, he took off running down the block to try and escape, screaming, "NOOO MISS MANNNAAA's (Amanda)" as he went. . Then, on the flip side, he didn't want to come home with me last night. Oy, the drama. 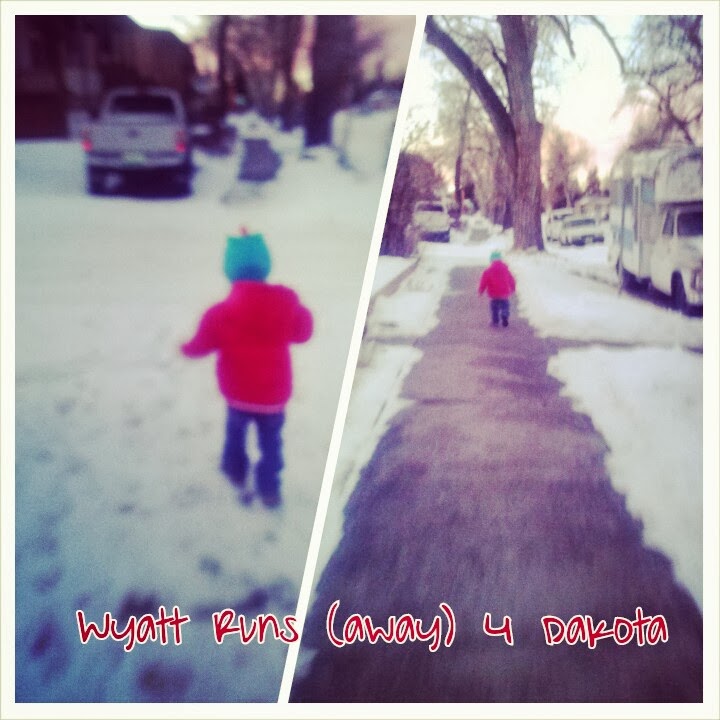 I tried the lazy approach and yelled to him to come back. Boys and their selective hearing... Eventually I had to run after him. I kid you not, running 3-4 houses down left me with a 10 minute coughing attack. Fingers crossed for some yoga in another day or two and then hopefully I will be back at it by the end of next week.

Dakota sent me the sweetest get well picture yesterday that made a difficult day so much better: 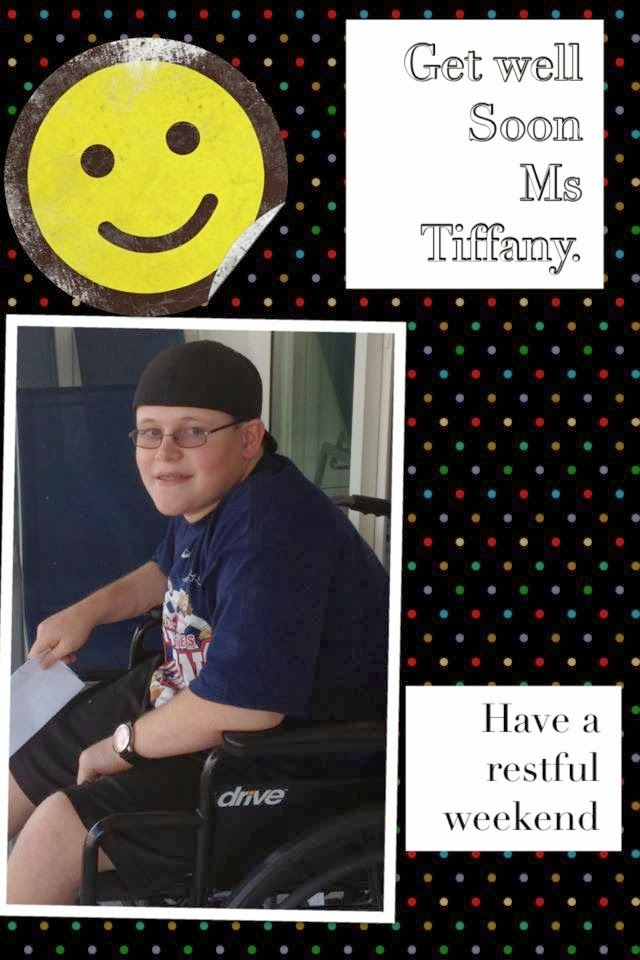 If you are new here, I dedicate all of my workouts and runs to Dakota who has cerebral palsy and is unable to run himself. I keep Dakota posted on our progress via messages and pictures on Facebook. I'm his legs and he's my inspiration. It truly has been such an amazing experience and Dakota has taught me more than he will ever know in such a short time. (If you are interested in this organization, check out http://www.whoirun4.com/ )

The hardest part of being unable to workout right now is Dakota missing out on our daily messages and progress. I know he understands, but there's still this little part of me that feels guilty. One of my goals for the new year was to do a virtual 5k for Dakota. Since I'm out for a couple of weeks, I decided January was a good time for it and I'm extending it into just workouts as well. It can be an at home workout, dvd, walking, swimming, Crossfit, lifting.. you name it, it counts.

At the end of the month, I plan to put a book or something together to send Dakota showing him all the people that dedicated some of their time to him. I would love to find more people willing to run or workout for Dakota and take a picture with the below sign and send to me. (I can email printable copies out to anyone interested). 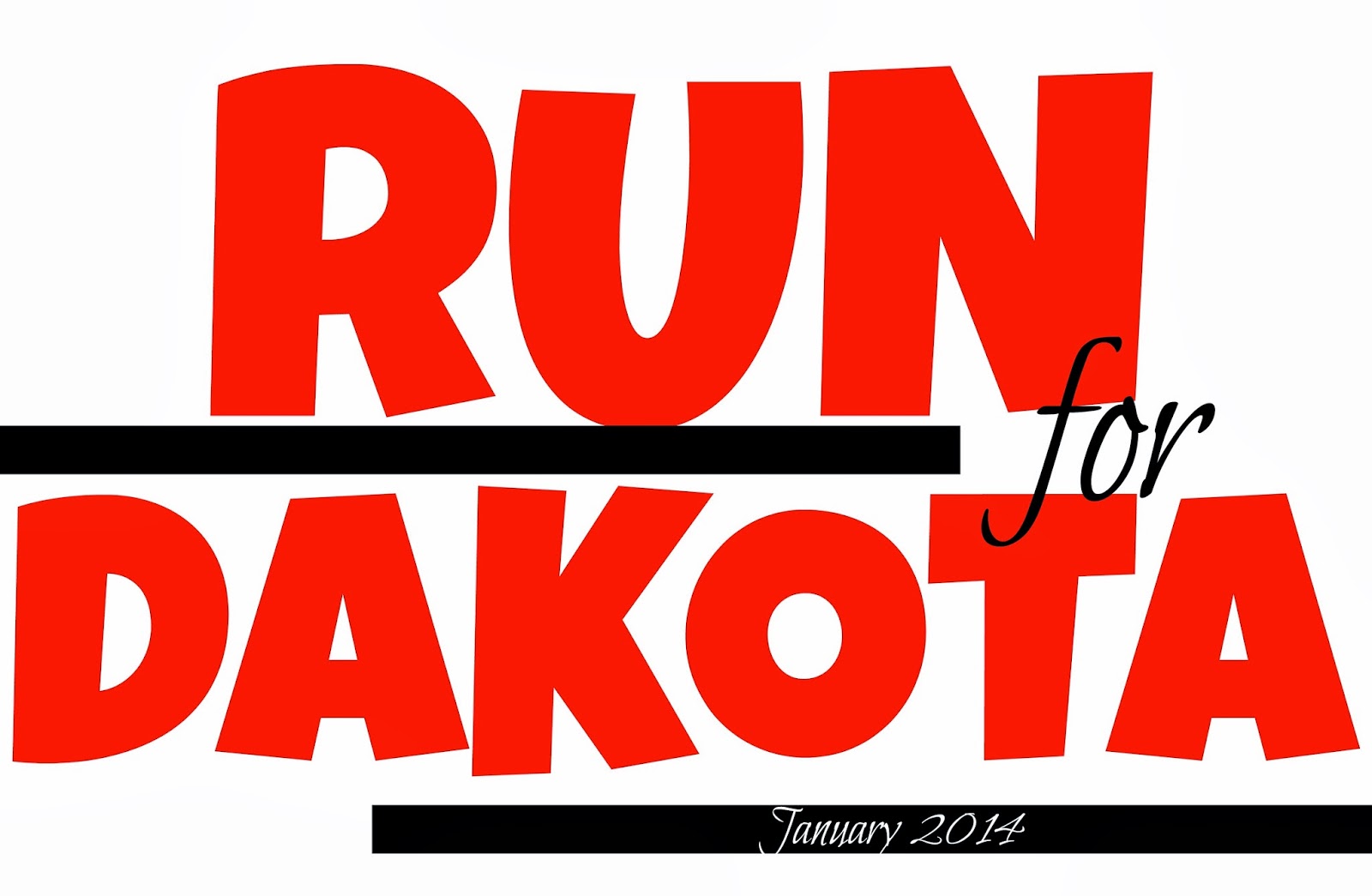 A not-so-bad part about being sick? Time to rest. I did something last night that I don't remember doing in years... I sat down and put my feet up before 9 pm. And for no reason other than to relax and read some magazines. Every day, I'm go-go-go from 4:30am to 9 pm and it was a nice change of pace!

Since Thanksgiving and Christmas are over, Wyatt's holiday themed turkey and Santa hats just weren't going to cut it. 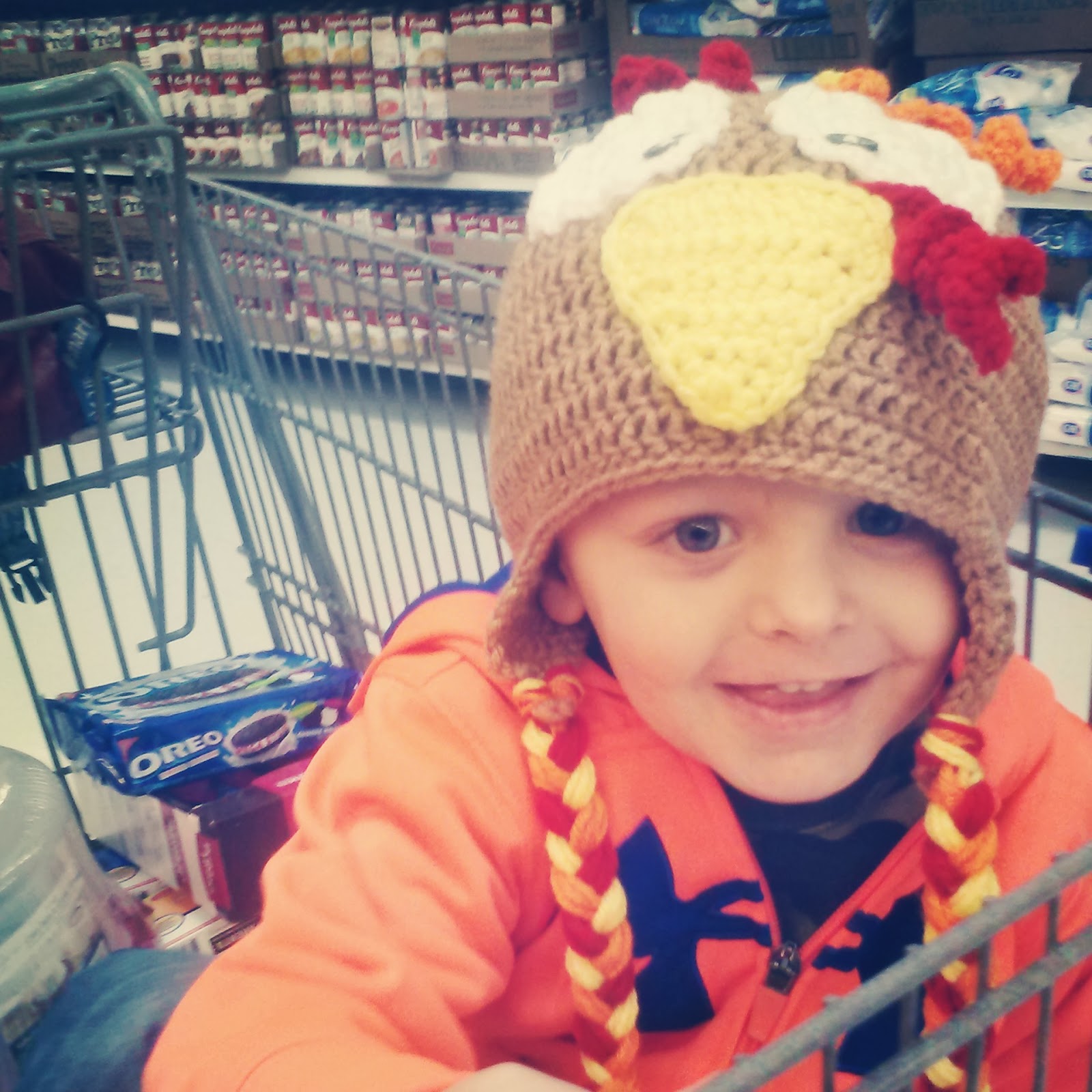 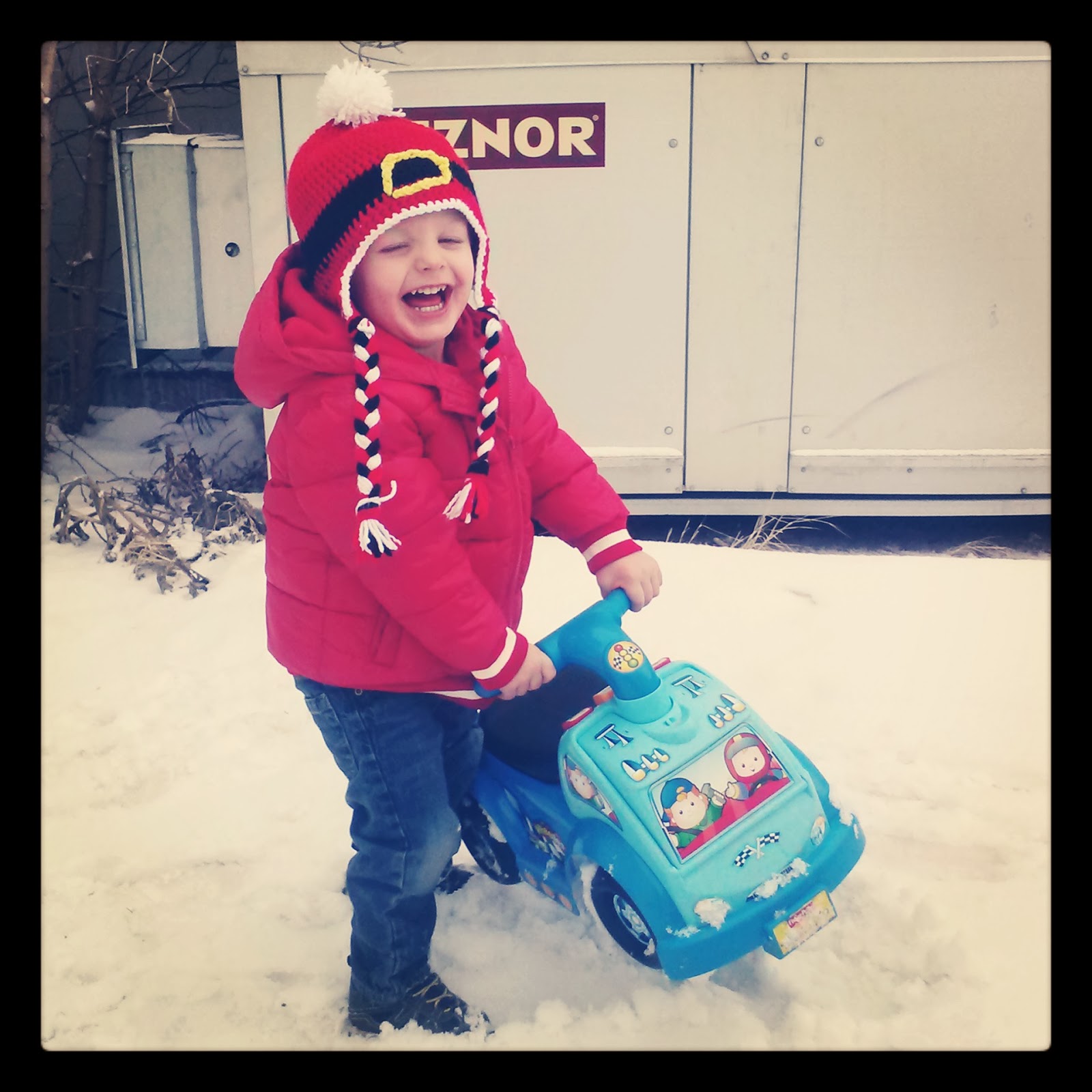 I made a new one for him this weekend, and I think it's safe to say it's his favorite thus far (and there have been many). 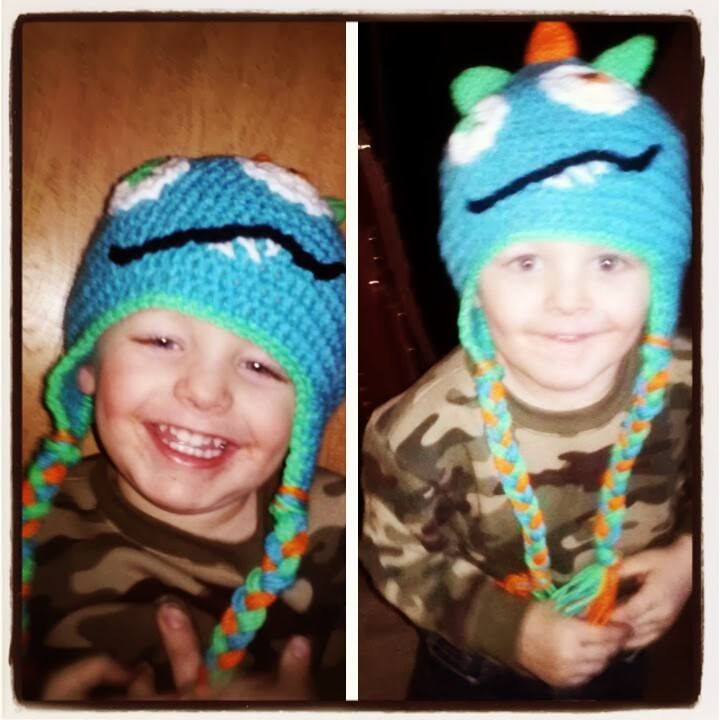 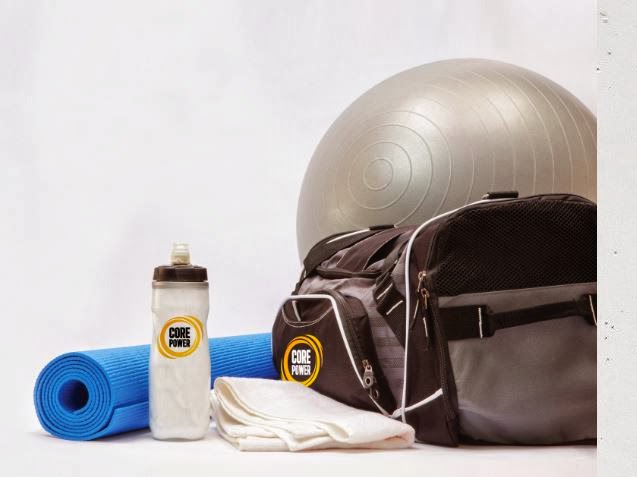